"He killed himself. Hip-hoppers do not kill themselves. They walk away."
- John Gibson on the October 10 edition of Fox News Radio's The John Gibson Show after learning that the high school shooter in Cleveland, Ohio was not Black.

Excerpts of transcripts of the show are provided by Media Matters:

GIBSON: Well, we have an inside look at the production of The John Gibson Show today because there was big news out in Cleveland, Ohio, and I teed it up saying, "What we have here is another example of hip-hop culture bringing murder and mayhem into the rest of our society."

GIBSON: And three students shot. Now, all of the teachers and students that were shot were -- survive. The wounds are not serious. Well, I guess there's one of the teachers is in surgery and so forth, but they're all expected to live. The shooter committed suicide. This is one of the students who was shot in the elbow and, you know, was not seriously hurt, although he was shot.

GIBSON: Now why would there be guns in schools?

GIBSON: Well, that's my working theory, but, you know -- and, of course, because the school is very heavily African-American, I did leap to a conclusion.

ANGY RICH: What was that, John?

GIBSON: Well, that the shooter might have been African-American. Turns out it's a white guy.

GIBSON: Gibson's not wrong. Gibson is not wrong. No, in the -- in years past, in the many of these shooting incidents that I've covered, you've always looked at things like video games, Grand Theft Auto, and desensitizing kids to shooting people and stuff like that, and all I can say is, "Hey, times change. We move on." All of a sudden, you know, the gun violence in the culture is coming at the kids from a different direction.

ANGRY RICH: This kid was a Marilyn Manson fan.

GIBSON: So he wasn't picking up the hip-hop?

GIBSON: Angry Rich, you know why I knew that this -- through our afternoon of mystery wondering about the kid that was the shooter, I knew this was not a classic hip-hop shooting.

GIBSON: He killed himself. Hip-hoppers do not kill themselves. They walk away. Now, I didn't need to hear the kid was white with blond hair. Once he'd shot himself in the head, no hip-hopper.

ANGRY RICH: So it's not a classic hip-hop --

GIBSON: It's not even close. I mean it's whatever he is, and it's clear to me that this gun culture right now primarily promoted by hip-hop music --

GIBSON: "I bought a brand new gun today. I'm gonna shoot you in the face." This culture has even reached the school campus. We're not in the Kip Kinkel era of school shootings anymore; it has changed. Yes, I know the shooter was white. I knew it as soon as he shot himself. Hip-hoppers don't do that. They shoot and move on to shoot again. Triple-8, 788-9910. I know there's a few of you who want to call me racist. But when you do, remind -- let me remind you, African-Americans are dying in major cities because people won't face this problem. Gibson on Fox.

GIBSON: OK, I thought the kid was a black kid, I'll admit it, until I heard he shot himself. Does that make me a racist?

Read the entire story about the shooting here.


plez sez: well, john gibson asks the question, "does thinking the kid was Black until he found out that he shot himself make him a racist?"

i would answer, "NO!" john gibson has probably said or done other racist things that i would not care to dredge up.

because i knew the shooter was white: they never showed his picture on television! if you are wondering how i jumped to that conclusion, the news almost never shows WHITE criminals on television, but you can bet that if the Cleveland Shooter had been Black, you would've seen him (or his family members all over the screen). i watched CNN past midnight, and they still didn't have a picture of the shooter. and CNN almost implied the shooter was Black because the school is majority Black and everyone they interviewed was Black, but there was never any mention of a white shooter. maybe john gibson and plezWorld are BOTH racists, but for different reasons.

and i guess this is a sad commentary on the state of affairs in this country where everything (and i mean EVERYTHING) comes down to a discussion of race. what was the race of that psycho at Virginia Tech? WHEW! thank god, he wasn't Black! what did that white boy say to those Black boys in Jena, LA to warrant such a beat down? with a name like Shaquanda, she has to be Black! michael vick is a thug. hmmmm, they keep talking about this kid who turned the gun on himself after shooting four people at school, i wonder why they don't show his face (or the face of his relatives)... he must be white!

i am not particularly angry with what john gibson said, but i am more than alittle upset with the continued demonization and violent characterization of Black men in the media. i have no doubt that a Black shooter's face (baby picture or yearbook picture) would have made its way onto our television screens yesterday!
Posted by plez... at 6:00 PM

Now I thought that the kid was white because not many black kids shoot up schools or kill themselves.

For the record the kid had a .22 revolver and a .38 revolver…LOL

That's just what I told FN when I read about this over there.

I knew he was White

WHEN THEY DIDN'T SHOW HIS PICTURE.

I agree with llr, most of these school shootings are done by privileged, white kids. They have too much time on their hands to think about how this person wronged them or that person made fun of them and seek revenge.

John Gibson is a retard and an embassasement.

and Plez, Mike Vick is a thug, they got that one right, lol ;)

hey there... i must apologize, because i haven't been BLOGGIN' like i should... so here goes:

LLR: i agree it was a stupid comment... it was obvious that he was playin' it for laughs. sorta like a backhanded Imus!

rikyrah: we must've been channeling the same thing... i wasn't even looking for it & it just slapped me in the face around midnight on the evening that it happened... like where is that boy's friggin' picture and then it was like: "obviously, it was a white boy!"

david: i'm gonna have to beg to differ with you on this one. you see, institutional racism in this country is so insidious and pervasive, that it is EASY to become impervious to it! it is so in your face... it's like not seeing the forest for the trees!

oh yeah... mike vick was being called a THUG in these parts long BEFORE he substantiated the allegations.

It's easy to make assumptions and "jump" to conclusions. It's always much more difficult to deal with the facts. Personally, I've known three people who've committed suicide. All of them African American males, one of them a minister. Two used guns. The third walked into the Mississippi river late one night. Depression and mental illness were probably factors in all three . . . but that's an assumption because I don't have all of the facts about each of the cases.

Like you, Plez, I too am disturbed by the on-going demonization of African men. Just this morning, my hubby got out bed grumbling about the recent acquittal of the boot camp guards who were involved in the beating death of the young Black boy. He said he heard the father of the dead youth say something along the lines of: "If you kill a dog, you go to jail, but if you kill a Black boy, no problem."

And really, that says it all in a nutshell. The lives of some just don't count for much in these United States . . . and that's a FACT that has remained consistent since the founding of the country.

On the heels of this comes the Boot Camp guards getting aquittals. If I could "walk in your shoes" for a second I guess I would immediately be aware of race when these fucked up things occur. It disheartens me that race is always an issue, but thats the reality.

I know you ain't mad at me. LOL

I do think it's interesting that we have yet to see a picture of the shooter. Or at least I haven't seen one. There has to be at least one out there somewhere.

Plez:
I honestly think there were no pictures of this 14 year old kid at the time. He is a minor and should not be subject to the same media scrutiny as an adult.
The media loves shit like this and do you that they would give up the opportunity to have a scoop?. They showed the Columbine kids they next day and they were white. They showed the Amish school shooter and he was white. Go to google images with Asa Coon's name and you find nothing on him. There is a blurry picture of him on Wiki. I don't, at all, mean to say that the media is not biased (eg:Newsweek darkening OJ's picture), but in these sensational school shooting cases I think the media wouldn't care if it were Baby Jesus himself, they would post the picture.

I thought he was African American at first. I figured it was an African American school so the kid must be African American. I even started to write a post about how we usually crack jokes on how we don't do certain kind of crimes. For me this was a close call. There are disturbed young African American young men who are capable of taking such actions and we should stay on guard. Better safe than sorry.

I thank you for the forum, but I'll have to sit this one out. I am a Cleveland Native and my son attends the district school system.

Thanks for putting the word out! 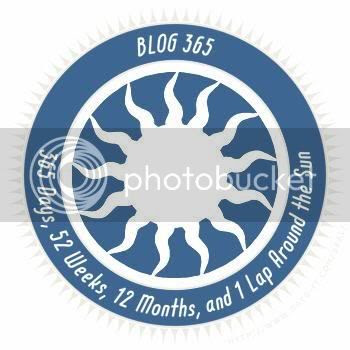